“I cook food that makes you feel like you’re getting a hug from mom,” Chef Daisy says with a smile that automatically puts you at ease. Her face is adorned with thick, plastic glasses and framed with red bandana tied tightly around her hair to keep it in place while she cooks. Her presence is maternal, but you also know she is not to be messed with, especially in the kitchen. As the Director of Dining Services at the newly-opened Sunrise of New Dorp on Staten Island, she has to mean business. The assisted living and memory care community recently welcomed its first residents this month which means Chef Daisy Martinez is about to be a very busy woman.

In her role, Chef Daisy will lead the planning, preparation and execution of the community’s dining program which features both three beautifully prepared meals each day as well as all day dining for those cravings in between.

When speaking with her, you can immediately feel a passion for food and feeding people emanate from her like a bright, warm light. She says she owes this passion and her life’s work to the “fierce, women warriors” she grew up with, namely her grandmother Valentina, an immigrant from Puerto Rico to New York, first to Spanish Harlem in 1934 and then Brooklyn in 1943.

“I cannot smell roasted peppers without immediately being transported back to the two-family house in Brooklyn where we lived with my Abuela,” Daisy exclaims with an accent that immediately tells you she is a native New Yorker. “My dad absolutely loved her stuffed, roasted peppers and she would make them for him for lunch every Saturday.”

It is that kind of core memory Chef Daisy wants to evoke for her residents through her food. Whether it is cooking a favorite childhood dish or a special item from their culture, Chef wants to make sure her residents and their families can taste home with every meal, a task she has a lot of experience with during her impressive career.

“I cooked for Jacques Pépin once,” she casually mentions as if she isn’t speaking about one of the most famous chefs in the world. “He said my rice and beans were the best he’d ever tasted, even better than his wife’s!”

Before joining the Sunrise family, first at Sunrise of Sheepshead Bay in Brooklyn and now Sunrise of New Dorp, Chef Daisy was cooking for thousands on TV. She completed cooking school at the French Culinary Institute, and she quickly found a position in entertainment as a prep-kitchen chef on the set of PBS’s Lidia's Kitchen. Her time at PBS helped her to find the spotlight in her own right.

In 2005 she launched her new career with her own show Daisy Cooks! on PBS and her cookbook, Daisy Cooks! Latin Flavors that Will Rock Your World, which was an IACP nominee and winner of the Best Latino Cuisine Cookbook in the World by the Gourmand World Cookbook Awards.

Chef Daisy’s success on PBS allowed her to expand her reach even further. She met Rachael Ray which led to the production of another show, Viva Daisy!, which debuted on Food Network in January 2009.

After success in entertainment, Daisy decided to refocus her efforts toward home and more personal pursuits in New York.

“I am a mother of four children. They are all grown now but they kept me very busy,” she remembers fondly.

For Daisy, cooking is not just about feeding people but rather performing an act of love on a plate. Whether she is cooking for her kids or her residents, Daisy believes that she is giving a piece of herself to people with each dish she prepares. This is a lesson she learned from her grandmother, Valentina.

Each Sunday, her whole family would all convene at her Abuela’s house after church and sit around her long dining table, fitted with a crisp white tablecloth, for a shared meal.

“I thought it was the longest table in all of creation,” Daisy remembers of her younger self.

As heaps of chorizo, plantains, huevos and hot breads were passed around, Daisy remembers that she never actually saw her grandmother sit at the table with them.

“You could always find her standing proudly against the doorframe, arms crossed, watching us enjoy the meal she prepared. It is how she showed her love to me, to all of us.”

Chef Daisy looks forward to sharing the same love with her residents and team members at Sunrise of New Dorp as the community continues to welcome new members. She is eager to feed them her famous Arroz con Pollo, a flavorful dish from her Latin roots, and some of her signature salads which combine a variety of textures and flavors. She’s even thinking about how she can engage Staten Island’s large Italian-American community through a Sunday Sauce meal every other week. Her hope is that residents can host their families for Sunday dinner at the residence, a tradition that is paramount in many families. But don’t worry, she won’t be putting any pineapple on pizza. To her, that’s “blasphemy!”

“I don’t just want to cook my residents’ memories but help them to create new ones too,” she says.

We know that with Chef Daisy in the kitchen memories will surely be made at Sunrise of New Dorp for years to come and we look forward to sharing them with all of you.

To learn more about Sunrise of New Dorp or Sunrise’s signature dining program, check out our website. 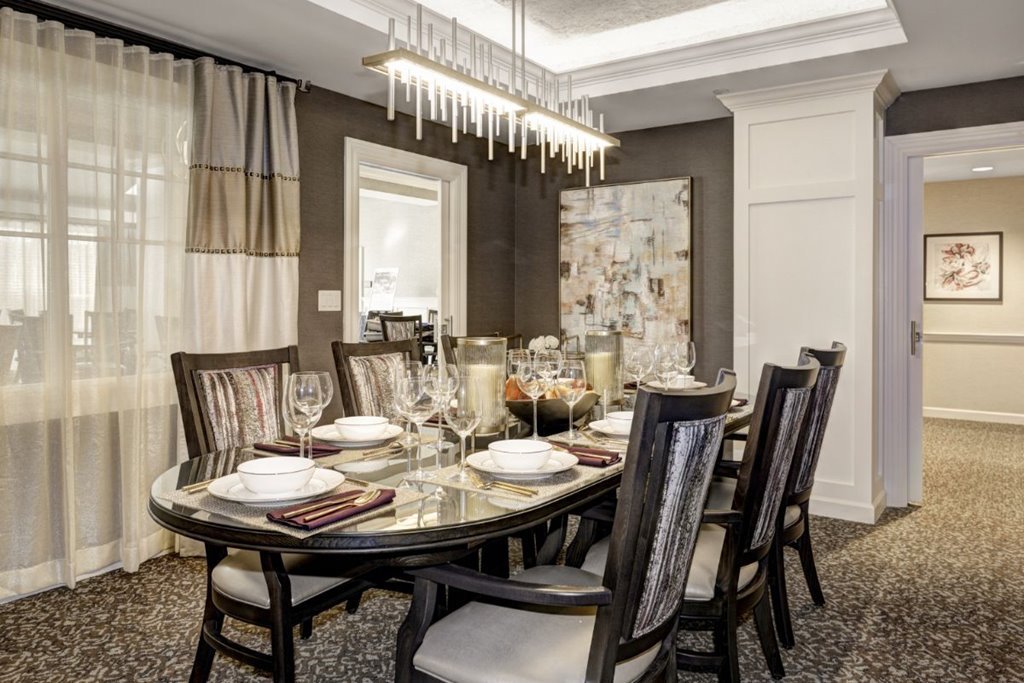